It is the response of man's creative soul

to the call of the Real".

Art and science can complement each other. Under this motto, the academic year 2016-2017 is going to start a collaboration between the visual art departments at SLAC (Leuven Academy and Conservatory) and KU Leuven.

The project runs under the name of a pilot project, because it is a process in which the (self) control, the experiment / test, the bridges between two worlds, in addition to the final crystallization in a work of art, be an end in itself.

For the first edition, (PiLoT1) was chosen as the theme "Chaos". The artists from this workshop will be inspired by and in collaboration with scientists around "Chaos" within their own discipline.

We live in a world where chaos presents in every order and system. We know chaos as 'a state of utter confusion or disorder; a total lack of organization or order'. (source)

The English word chaos is borrowed from the Greek word abyss. In ancient Greece, chaos was originally thought of as the abyss or emptiness that existed before things came into being. (source)

So, when chaos first entered into English in the 1400s, it referred to the inverse of confusion but referred to a void.

According to Publius Ovidius Naso (born in 43 BCE in Rome) who was a great poet and thinker who thought of chaos as not a formless void from which all things were made, but as a formless, jumbled, disorganized mass. English speakers than borrowed this meaning of chaos which denotes utter confusion, disorganization and unpredictable behavior.

In the scientific realm this unpredictable behavior is not necessarily undesirable. The scientific meaning of chaos can be summed up in the following statement: 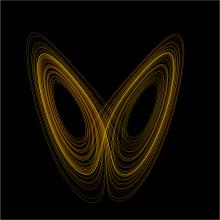 A plot of the Lorenz attractor

Chaos theory is the field of study in Mathematics that studies the behavior of Dynamical system that are highly sensitive to initial conditions—a response popularly referred to as the "Butterfly effect".

For scientists it's the "Butterfly Effect" where one small change makes an immense difference. It also makes the future of a chaotic system implausible to predict.

Chaos itself has its many forms and its effects varies also to person to person.

In this task we actually try to find out what chaos means to us and how we give it a form in our own creative domains.

I see myself situated in this world in a chaotic manner, means I stand between two big B’s which means Bangladesh and Belgium. It is the experience and the memories which I always carry with me from my past. By living in Belgium I adopted with the systems and rules overhear. When I memorize something about my parents or listen to music from there, for example; Tagore songs, I than feel the way how they listened to those. I have a feeling in my psychic being that I am hanging as a pendulum from my roots and have the butterfly effect just the way scientists explains like the 3 principles which chaos embodies:

-cause and effect are not proportional

My memories, feelings or thoughts never follow the same path but come back in a different manner as scientists explains "Starting the pendulum from a slightly different initial condition would result in a completely different trajectory." My memories and my feelings always differ in that manner.

I don't know if the human brain or the human feelings can be complementary with a pendulum. That would be my question to the scientists.

The second aspect is my surroundings. Like everyone, I am in stress and have lots in my head but yet I try to follow plans and orders and become organized. If I become chaotic for some reason than it is because of my surroundings and its causes and effects.

In link with my surroundings I see chaos as follows:

What is trying to blur my intuition and view?
An opposite impulse but what is it?
Is it an understandable fact?
No-it is not that.

I cannot free myself from both worlds which I have.
But at last I fixed myself in my self- made fence!

The racism itself is blend within in its own stake
as cruel with its ugly sharp nails.
What people do to each other
have a great impact and influence.
They always let me feel that I am not equal.

But I live fine.

Creativity rambles around me with all its colors
but I cannot catch.
Is that not enough and just adequate?

Try to breath but I cannot
Is it my self-made chaos?
No-I don’t think,
it is the surroundings,
which take it all with its own severe pic. 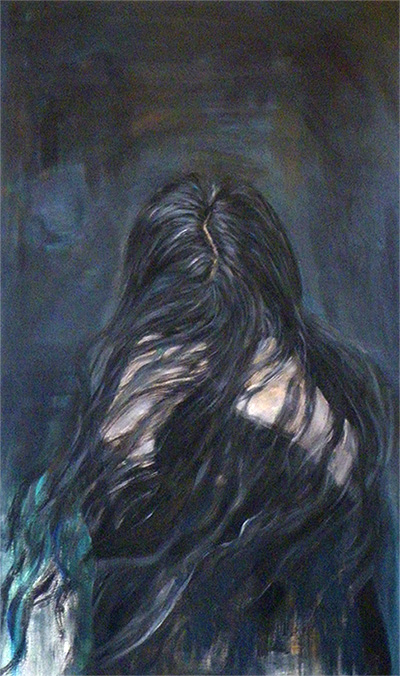